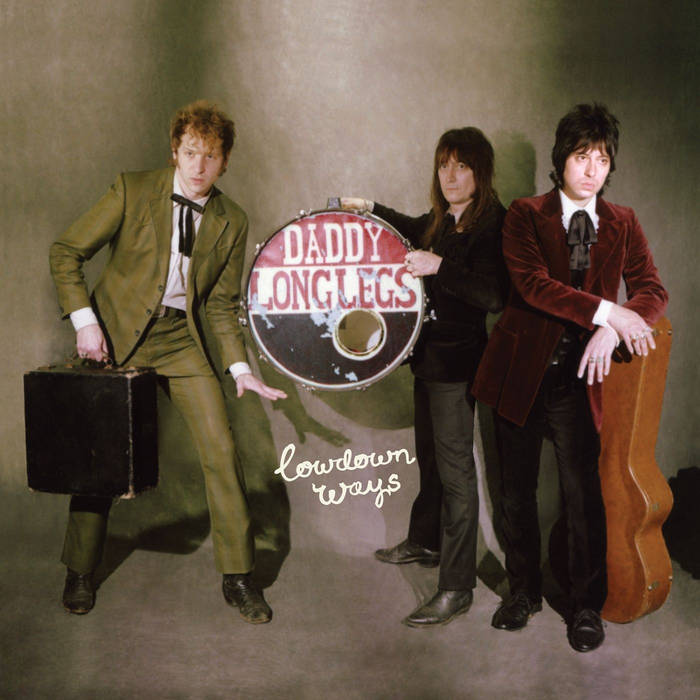 Lowdown Ways marks a quantum creative leap for DADDY LONG LEGS, the scrappy New York trio known for their stripped-down roots sound and in-your- face intensity that’s garnered them fans in their hometown and overseas, where they’ve toured with such kindred spirits as The Damned, Blackfoot Gypsies, Hurray for the Riff Raff and the Jon Spencer Blues Explosion. They’ve been recognized by Rolling Stone, who aptly compared them to “Chicago blues fired at the moon, played by the demented children of the Pretty Things.”

This expansive, new territory that the band covers on Lowdown Ways is thanks to producer (and JD McPherson bassist) Jimmy Sutton, with whom the band recorded the album at Chicago’s Hi-Style Studios, applies his technical know-how to broaden the sound of such instantly memorable tunes as “Pink Lemonade” (co-written by McPherson), “Ding Dong Dang” and “Bad Neighborhood,” which resonate with the down-and-dirty roots that have always been DADDY LONG LEGS’ inspiration. Meanwhile, the band ventures successfully into unfamiliar territory with the pub-rock-style “Winners Circle,” the bittersweet acoustic ballad “Back Door Fool” and the dramatic album-closer “Wrong Side of the River.”

DADDY LONG LEGS is a trio of beloved blues bashers that have been huffing and puffing and blowing houses down on a nightly basis and always bring an elevated level of rough and ready intensity to contemporary lo-fi blues with their explosive fire ceremony! ... more

Bandcamp Daily  your guide to the world of Bandcamp